▪️Febrile Seizure▪️that was the answer I got to the scariest moments, ending up being an hour, of my life as her mama. Tuesday night around 5 Rad had felt a little warm, so I took her temp and it was 100.5, I texted dad and we chalked it up to being teething, so we were just going to keep an eye on it. I went back down stairs with her and did the usual routine of playing, nursing, reading, nursing …she was acting totally normal. If you watch the video at the bottom you can see a video of her playing literally right before this all happened. The 1st photo is from yesterday. She is feeling much better.
Back to Tuesday. She was nursing again at around 5:30 and she was warm. She looked up at me, touched my face and then tears were streaming down her face. I sat her up and asked what was wrong. She wouldn’t make eye contact. Her eyes drifted, her heart was pounding and she was burning up. I realized something was seriously wrong. She wasn’t responding to my voice. She was empty. It was like she left her body. She went limp, still breathing but shallow, slightly shaking, like vibrating. Neck was getting stiff. I write this and it brings me right back. I’ll never forget what these moments felt like. I thought she was dying. From the moment I knew something was wrong to getting us in the car it was probably 2 minutes. I had called dad and couldn’t reach him, he was working, and always has his phone on him. I didn’t have time to panic or let myself question my next move. When I was running to the door, she started drooling and foaming at the mouth, still breathing. I knew I could get to the ER faster than an ambulance could get here. I drove like a mad woman. Honking, getting flipped off, so I’m sorry to anyone on the road when I was but my baby was dying in my arms. (So next time you see a crazy person driving, just get out of the way and pray that their reason wasn’t mine)
She kept fading, but still breathing, I kept checking for her breathing to see if I had to stop to do CPR on my precious girl. From the moment on the couch when the tears came, she didn’t make another noise for two hours. I got to the ER and it was like in slow motion. I made eye contact with every person through the window as I ran to the doors. A nurse was waiting, “give me your baby!! What happened!!” I was beside myself. All I could say was “help!! She needs help! Help my baby!!”

We ran to a bed. It was low to the ground. I stayed kneeled beside her. My finger clenched in her little fist for 2 hours. They stripped her down naked. Fever 103.8. Febrile Seizure, they all kept communicating to each other. There was so many people in there with us. She got Tylenol suppositories(because her jaw was clenched shut, a little toe heart rate monitor, and oxygen. I was trying not to be hysterical and fall into the anxiety attack that I was on the edge of. Asking questions and trying to read the room and watch my baby’s little body shaking and head turn off to the side. Not making any noises or responses to my voice. She never lost consciousness but I hope she could hear me and know I was there the whole time. I never stopped talking to her, telling her I was so sorry and that I loved her, I must have said it 200 times. The Dr touched my arm and told me she was going to be ok. It had happened to his son too. And actually to 3 out of the 4 nurses there, it had happened to one of their kids too. One of those things when you leave the hospital with your newborn, they don’t tell you about. They also don’t tell you how common it is. Around 5% of kids have them. Actually me and shane both had one when we were babies. We knew about shanes. But when I called my dad he recalls this happening to me too.
Radley continued to shake for a while. Evan had come to the Er and sat there with me. When the doctors and nurses left the room, my head hit her bed, that i was kneeling at and the tears came. Relief, worry, grateful I got to the ER so quick, grateful her oxygen intake was 100% and the fever was going down. She kept Clenching her jaw, grinding her little baby teeth. Evan had gotten ahold of Shane and then he called me, I dont really remember any of the words from any of the phone calls I made. Not when I called Evan or when I talked to Shane. When Shane arrived she was doing much better, still no noises but she was moving her limbs. It was quite traumatic for the whole family. When she finally came back 100% and stopping shaking and started moving and making noise again, it was probably 2 hours later.  My mind goes back to the moment I was standing in the kitchen when Shane didn’t answer the phone, I keep flashing back to this and thinking what if I had waited one more minute or seconded guessed my gut feeling telling me something serious was happening. everything happened the way it was supposed to and thank goodness I listened to my instincts and left so quick. Mamas…never second guess that instinct…that gut feeling.

her fever got too high, from a virus or something, and her brain did the right thing and went into protection mode and sent the heat and energy to the muscles causing the seizure. It doesn’t have to be a virus to cause the fever. It can be from the baby just getting too hot. Also the rate at which it rises is also what causes the seizure. It also is a different temperature for every body, some babies will seizure at 100.5 and other never will, even at 105, something the Dr was explaining to us. Now we know Rad has a threshold. It also isn’t likely to happen again.  Having a seizure is like running a marathon for their little body, their muscles are going to be so tired, and they will sleep heavy that night.  Although we had to wake her every three hours to give her medicine to keep the fevers down.

This is what they did for Rad In the ER, I am not a medical professional, Im just sharing what happened in our experience. Now I know. We ended up giving her an antibiotic shot and did alternating tylenol and motrin every 3 hours.

This is a common thing. Baby’s get too hot easily and it’s hard because all we want to do is bundle them up. It usually isn’t damaging to the brain because it is a short seizure and isn’t caused by anything previous in the brain. It’s caused by the fever getting too high. Cool the fever, the seizure stops. This happens in 2-5% of the children.  Usually due to running the family.  Can happen at any temperature higher than 100.5 usually, depending on the child.

…so we aren’t getting much sleep, us or rad. We are in agreement that she isn’t sweating until she is 5, you know just to be safe. Our anxiety has been very high. I’ve tried not to let the mom guilt creep in. She had felt hot the night before and I just took some clothes off and she went back to sleep. So I sit keep flashing back that it could have happened then and I wouldn’t have known.

▪️I truly thought she was dying in my arms

It was the scariest moments of my life. If this doesn’t trigger the helicopter mama in me 😅
She is doing a lot better these last couple days. I am so grateful. Something like this makes literally everything else seem pretty not important. The health of your babies trumps everything.  I hope this helps spread the word about these types of seizures and helps some parents out there. 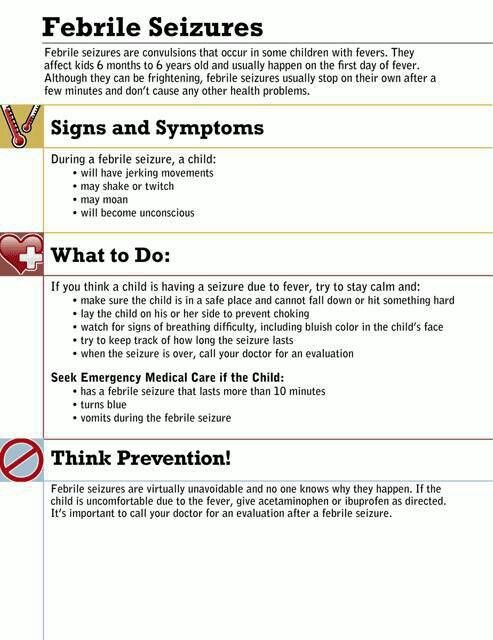